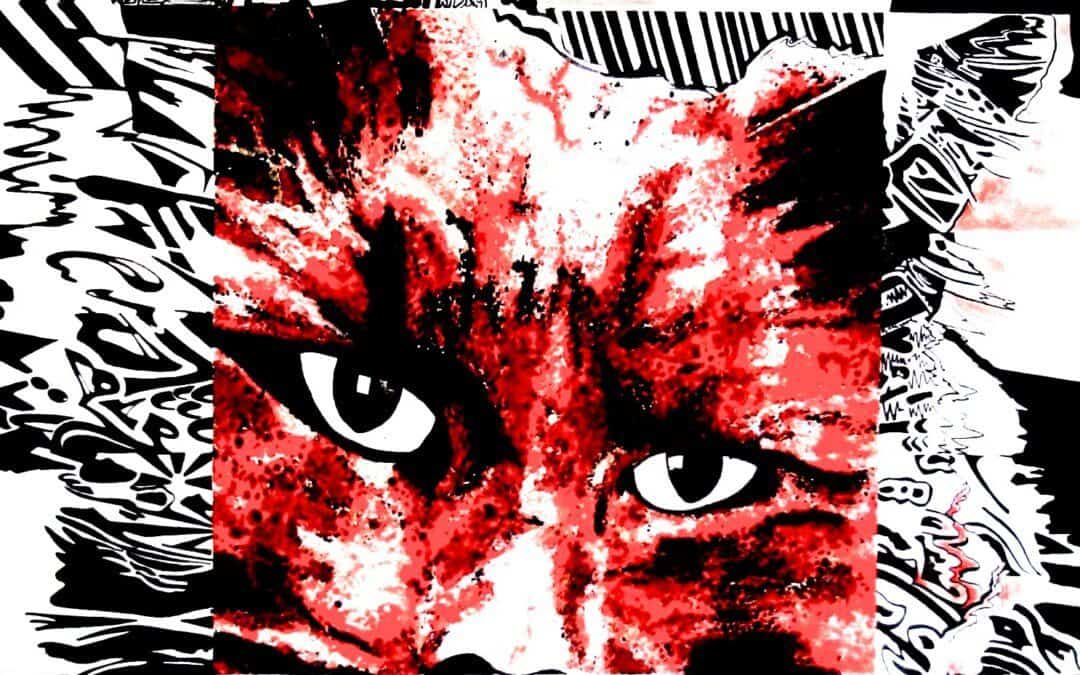 We have wanted to have local artists exhibit their work at Neko Ngeru from the beginning. Finally, we have been able to organise ourselves so we can feature one of our muralists. Let us introduce the artist who will exhibit from our anniversary in November through December.

Lorraine Tyler is an aspiring player in the Wellington art scene and works an inspirational day job as a retail salesperson. Apart from her facebook artist page, LorraineTyler.Artist, her online presence is rather lazy and she prefers to share her viewpoint in the form of coffee dates with friends.

Lorraine is master of ceremonies at her garage studio, The Cockroach Cave, and has worked with local councils and businesses to design and paint murals. In 2013, she earned an Advanced Diploma of Art and Creativity from The Learning Connexion and has been a finalist in various art competitions.

The series of artworks on display began as a portrait of Lorraine’s fluffy grey cat, Tyson, who had passed away the previous year. The dip-pen and sumi ink drawing method used for that piece inspired further artworks; it ended up directly influencing Lorraine’s design for her mural on the front counter at Neko Ngeru.

Tyson became Lorraine’s cat after his previous owner could no longer take care of him. She appreciates what it means to match cats in need with people who will adore them, so she loves the work that Ken and Richelle do at the cat cafe. 20% of the profits she makes from artwork sales will be given to charities that support cat welfare. 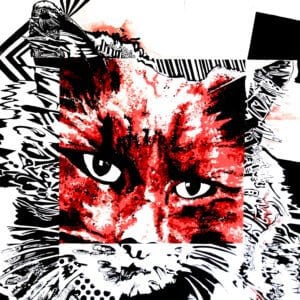 the mural Lorraine did for Neko Ngeru front bench