These cats stay at the cafe and teach the new cats how to behave! 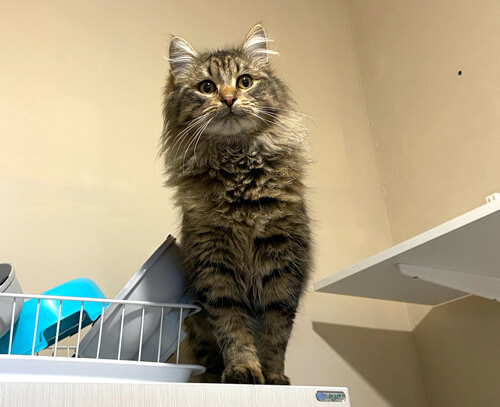 My family applied to get me into the Neko Ngeru School of Catcraft and Kittenry and I am so happy I got in! First, I had to pass a friendliness interview in my home. I aced it by jumping onto Ken’s lap right away. Then, my health records were scrutinized but my vet gave me a good recommendation. Next, I had to live with strangers. I showed them how cuddly and playful I can be. One morning, I didn’t get any breakfast. I fell asleep at the vet and woke up feeling a bit different. But, no worries! I am now quite comfortable at the café learning from all the other cats. I look forward to playing with you!

Things I like: Feather toys, sparkleballs and high places 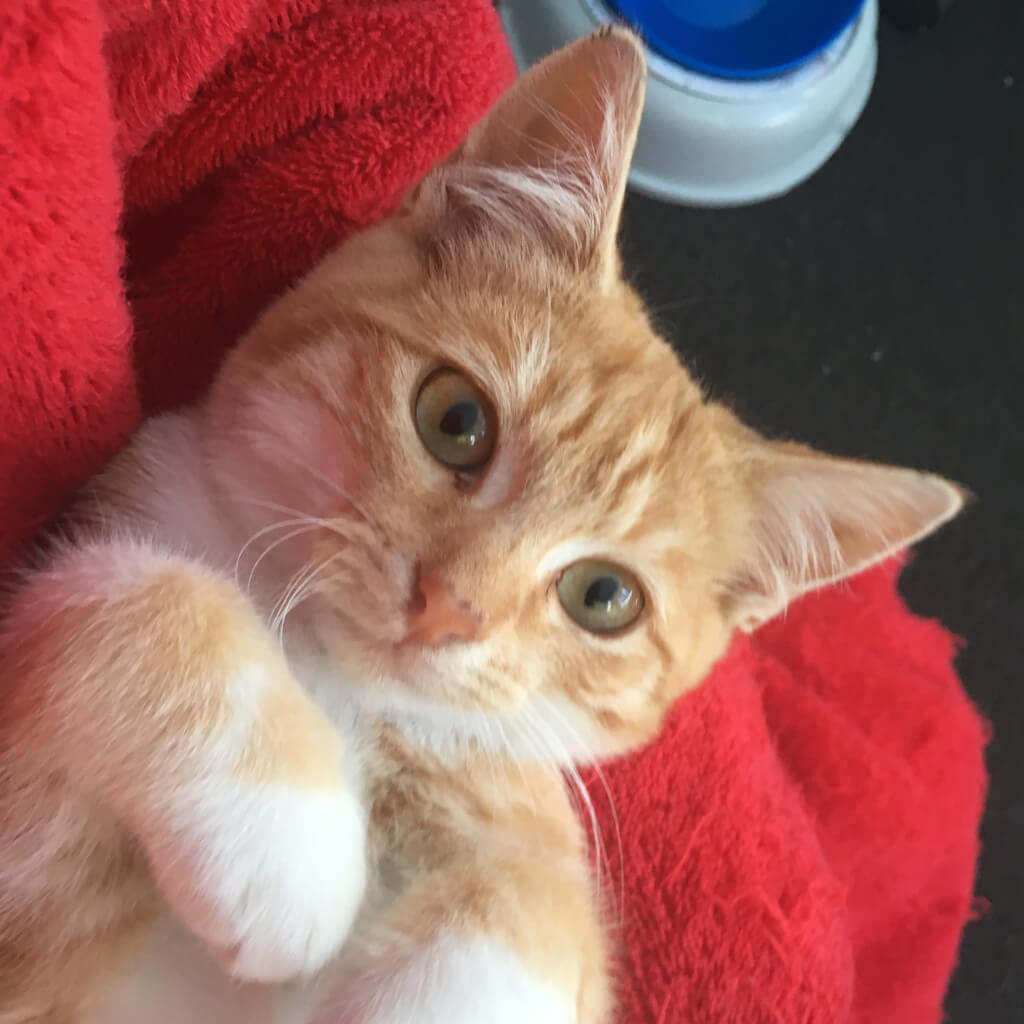 I, Peaches, was surrendered to Rescue Free Kittens with my brothers, Beta and Kappa, but went directly to Neko Ngeru’s care. I am bold and curious and really like people. I’m not sure whether I like food or playing better since I am kind of easily distracted. I liked being fostered with Gladys, so other cats are fine by me and I am not afraid of children, but dogs scare me because one killed one of my siblings when I was really little. I was originally called Matt by the people who cared for me. When they found out I was a girl, KittyCat Rehoming Wairarapa renamed me Miss. Max. When I got promoted as a professor cat, one of the Neko Ngeru supporters gave me a new name “Tiger Lily”! That fits. I was living outside for four months, but I love cuddling humans, so I am quite happy now indoors. I am the dominant queen of the café, so none of the female cats better mess with me!

Uncle Conner, Being petted, snuggling with Richelle and Ken, wand toys under the rug. 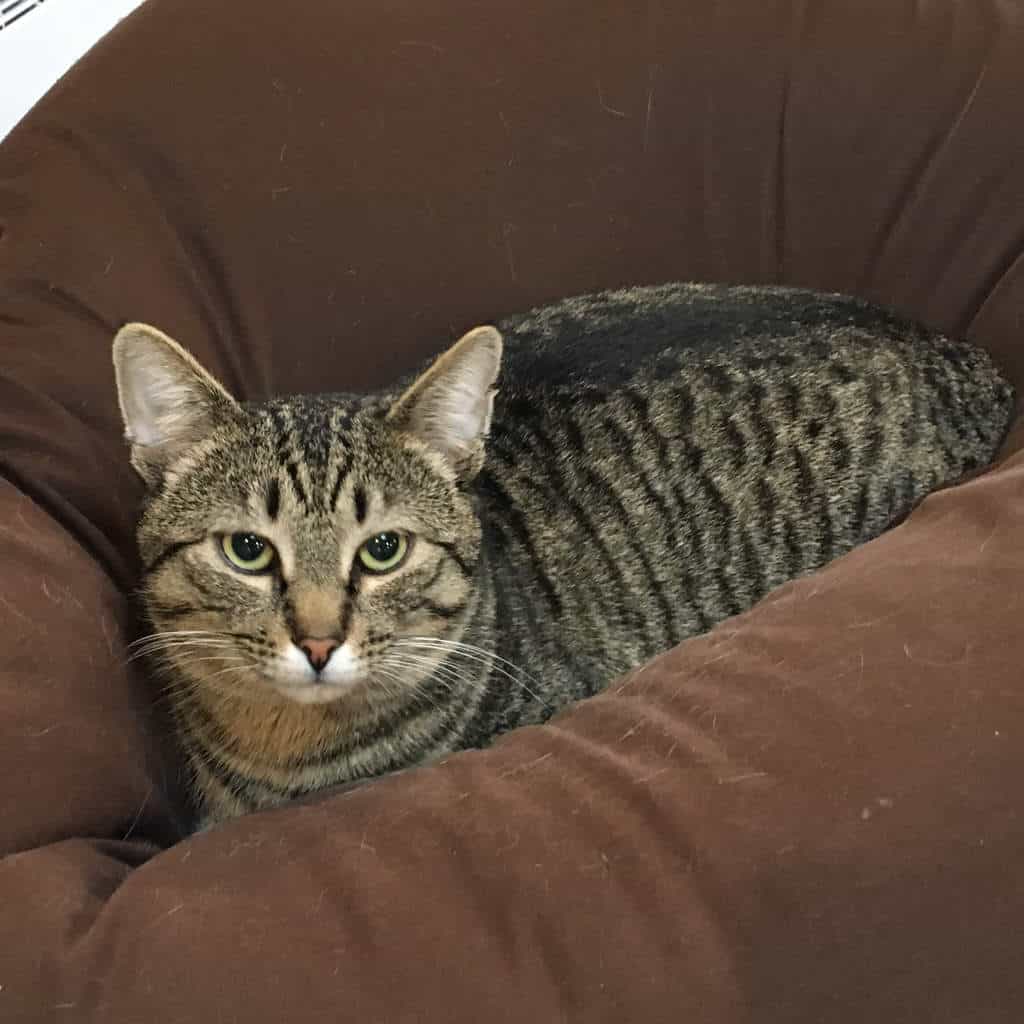 In charge of Pastoral Care

I’m called Conner. I was just a skinny, bedraggled kitten when a kind woman in Masterton found me. Because her cat would not let me into the house, KittyCat Rehoming took me and gave me a chance to get warm.  I love to play with you and rough house with the other cats. The kittens get a gentle paw from me and I use grooming to keep everyone calm. I may even give you a lick if I am in the mood.

laying with the string and fur stick toys, grooming other cats, sleeping on the beanbags 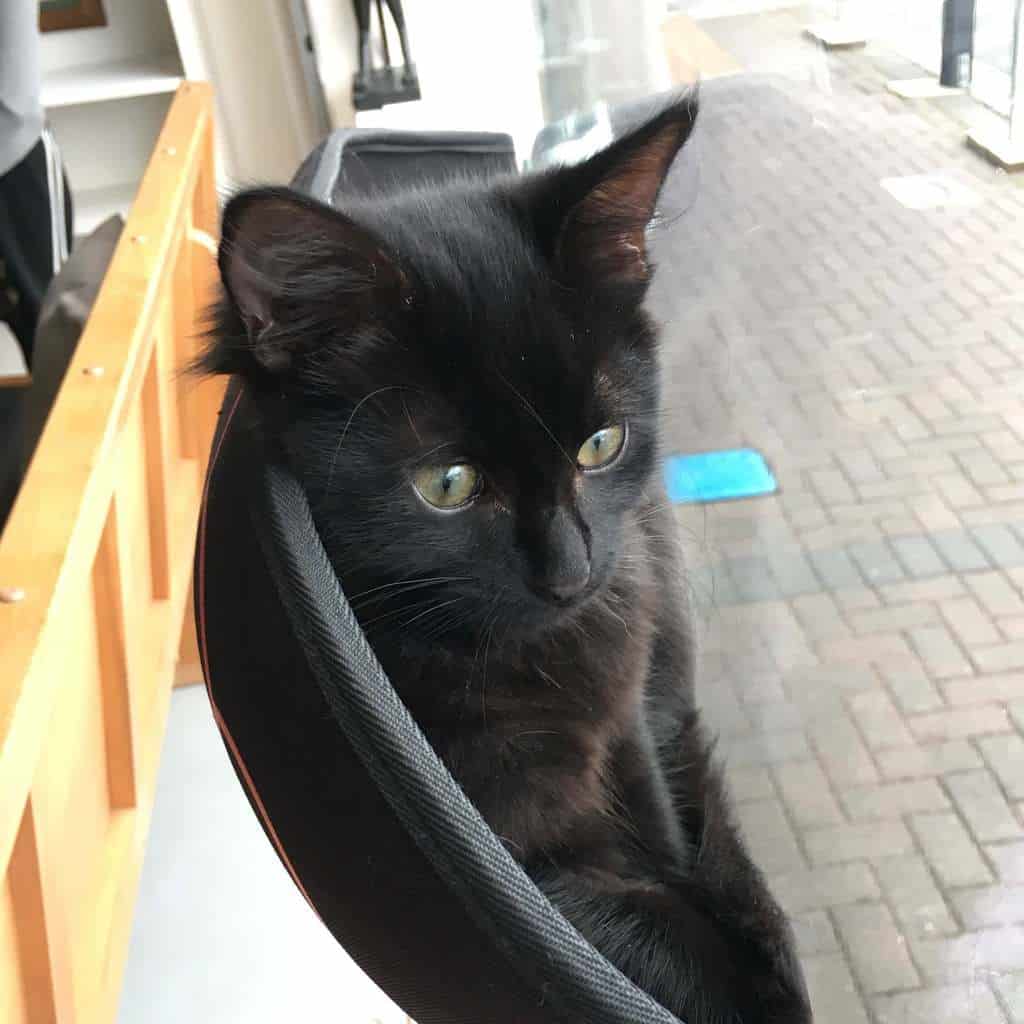 Our beloved ex-professor cat Inky is now retired and staying with Okadas happily.

I, Inky, was born under FeralNation’s care. My mother, Holly, was rescued from under Upper Hutt College in February. My siblings Dinky and Minky found homes with families but I always knew I had a special destiny. Thanks to all the humans who cared about me and raised money to save my life. Then they arranged my training under Master Cait Sith of Neko Ngeru Cat Adoption Café. I want to make a difference providing cuddles and play for the people who come to the café. Mind you I don’t do small children! 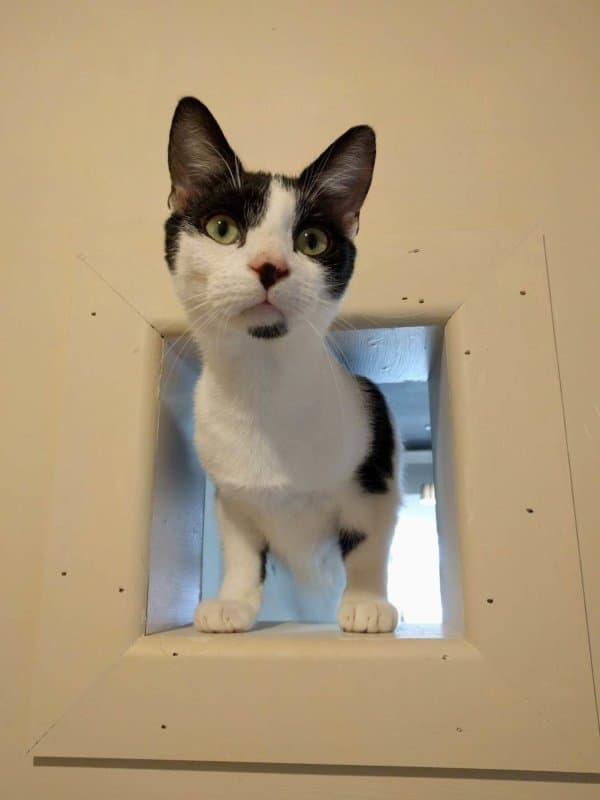 Chenzo went home to his human mom before the lockdown and he decided to stay at his home!

I, Chenzo, came to Neko Ngeru Cat Adoption Café to help from the beginning. I love this café environment and my human, Em Jay of Loose Leash Cat Rescue, is kindly allowing me to stay here so I can play with fellow cats! I know Neko Ngeru staff love me too, so this is a very compatible place for me.